Between 8-12 October 2018, the partners of the Movable Nexus (M-NEX) met in Belfast for the first of a series of workshops to be held in each partner city. Over the next three years, similar workshops will be held in Tokyo, Doha, Sydney, Amsterdam and Detroit focusing on a number of themes concerned with the food, water and energy (FEW) nexus. This first workshop dealt with the theme, ‘Technical food systems and the city’.

The first day was spent gaining a better understanding of the socio-political background of the city and viewing the unique urbanism as a result of Belfast’s industrial and troubled history. The team visited east Belfast, an area of the city experiencing rapid change through new urban projects, like the Connswater Community Greenway. However, it is also a deeply divided and deprived part of the city. Much of the inner east is made up of low density housing and high vancancy rates in commercial properties. Similarly, it is a major interface between Catholic and Protestant communities evidenced by the Short Strand ‘peace wall’ on Bryson Street – one of 109 in the city. 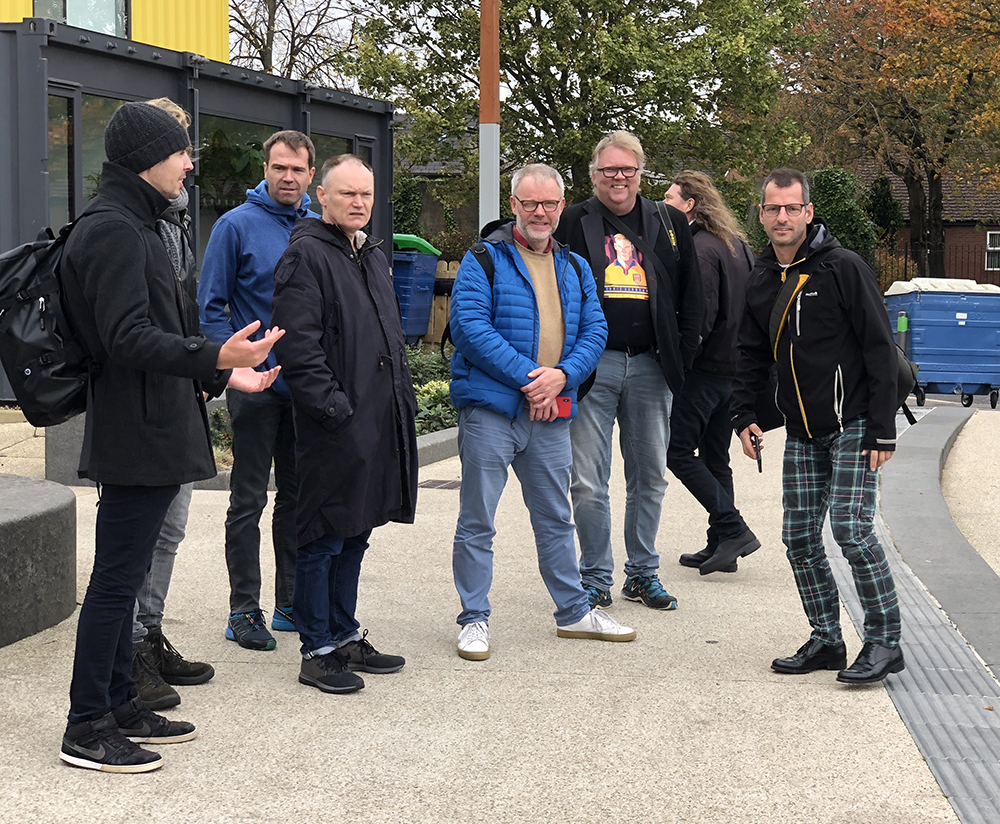 The second day of the workshop focused on urban food production. Andy Jenkins, Queen’s University Belfast, presented to the team possible strategies and associated technologies for urban agriculture – ranging from water-based systems, like aquaponics and hydroponics, to soil-based systems. The afternoon, along with a group of architecture students from the master’s course at Queen’s University Belfast, the team developed four different urban proposals for the production of food in East Belfast. This process highlighted the variety of techniques and the scales of intervention possible for the site. 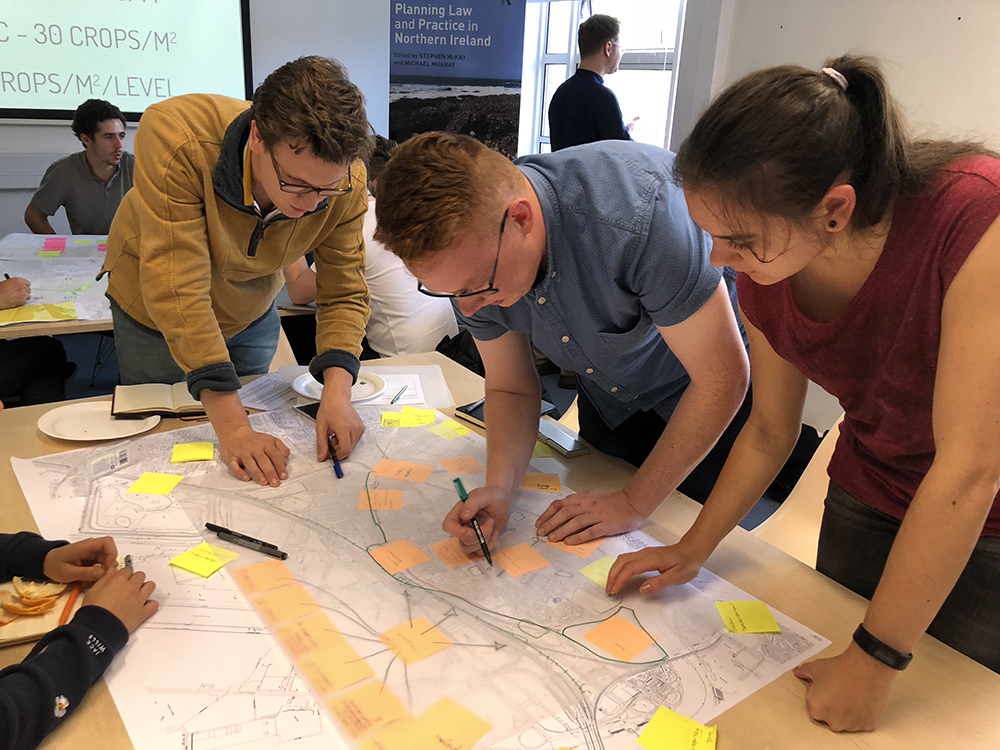 Following another site visit, this time to west Belfast, Kevin Logan presented some of his work on urban design undertaken by Maccreanor Lavington. This highlighted the challenges and joys of integrating productive food systems in urban environments with clients and stakeholders. Presentations from each partner city about their progress was one of the highlights of the week. Each team explained their proposals for the living lab in the individual cities. Evident was the differing scale of projects and the type of stakeholders involved. Following this, each of the work package teams met to discuss how the ‘wikis’ and work packages will be further developed. These meeting fleshed out the ambitions for each work package, specifically: who the stakeholders are and how they are engaged with; the design platform for quantifying urban moves and strategies; and, how a quantification of inputs and outputs of food, water and energy can be visualised and translated back to the design interventions. The purpose and aims of each workshop was discussed extensively. Agreed upon were broad themes that each workshop must deal with. These were: engagement with place; information and data with site; design charrettes; a focus on climate change considerations specific for each location; and, a forum for project planning with partners only.

On Thursday morning – following a less than successful quiz the night before (but beautifully sculpted Rotterdam Cube House) – Andy van den Dobbelsteen, TU Delft, explained how his research has quantified the flows of energy in and out of neighbourhoods. Specifically, it demonstrated the tangible requirements for reaching a carbon neutral future through quantifiable metrics and urban design intervention. This led to a wide ranging discussion amongst the team about the scale of quantifying food, water and energy and how a common currency could be utilised for measuring inputs and outputs in neighbourhoods. Carbon sequestration by area of forest was deemed as a suitable means for visualisation of these flows across the FWE nexus. Enabling stakeholder engagement through this tangible visualisation was noted as the core outcome and the next step for each partner. Similarly, it identified the need to establish a baseline study about household consumption patterns in each city. This allows for partners to engage with local stakeholders about their current position and to propose urban design or policy interventions as ways to reduce carbon sequestration areas.

The final morning of the week focused on the next workshop in Qatar which deals with community stakeholder engagement. This workshop is to be held in Doha in February 2019.

Over the coming months, the partners will: visualise the inputs and outputs of food, water and energy for their chosen Living Lab; identify key urban moves to reduce the forest area for carbon sequestration; and, visualise the future of the typical house for each site. These will feed into the baseline analysis which can be used to demonstrate – visually – the current habits of consumption and production potentials of an area to local stakeholders.